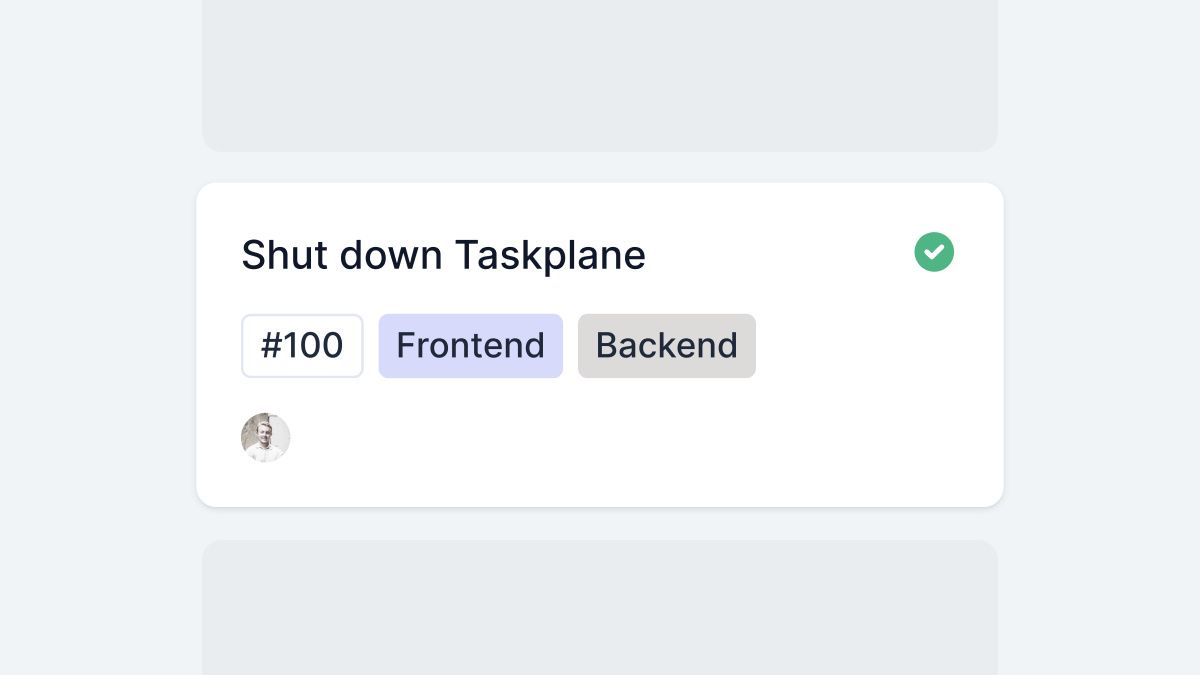 I started building Taskplane early in 2022, with the goal to create an easy-to-use, straightforward task management platform. I built a pretty well-functioning and sophisticated minimum-viable product and got a few hundred early access sign-ups. I then let a handful of people in to try it out, and I got a bag of mixed reactions. Some people loved it, and others thought it was too opinionated in its structure and principles. Some people wanted to be able to share boards with public members, but that wasn't at all how I envisioned the product and didn't have the architecture to support it.

I continued to build on the MVP, added new features, squashed bugs, built integrations, and added extensions to tools like Raycast. I created a Discord community for Taskplane, to collect feedback, ideas, and bugs, but it never really took off, since only a handful of people were using the product, and I wasn't ready to open it up for general availability.

Marketing is hard and expensive

When I felt I had a decent MVP, with competing features to similar products, I wanted to ramp up early access sign-ups. The saying "If you build something great, people will come" couldn't be further from the truth. I realized I had to start marketing Taskplane. I started out trying to post and share about Taskplane organically, by posting from my account on Twitter and Reddit. It got a little bit of attention, but nothing major. I followed the concept of doing marketing and building every other week, so I did quite a lot of marketing.

After a while though, I realized I have to go the paid route, to get my ads in front of more people. I started buying ads on Twitter, which certainly got Taskplane in front of more eyes, but it also created a hole in my wallet. Buying ads is really expensive for an indie developer, who doesn't have any revenue yet, and isn't working full-time on the project, so I had to stop doing this.

The results of the paid ads was certainly noticeable, and it resulted in a few hundred sign-up. The thing is though, I never really got that "ketchup effect", so as soon as I stopped paying for ads, the stream of new sign-ups pretty much stopped completely.

After working hard with marketing and product development for roughly 6 months, without the project ever really taking off, I started losing steam a bit. Early access sign-ups did pick up a little bit though, and I saw the total count tick up a little bit over time. This made me a bit unsure of what to do with Taskplane.

Should I go all-in, quit my job, take VC capital, continue spending on ads and organic marketing, build the product, and talk to users - or should I put it to rest? I thought about this a lot, but never really took a decision. I played out all the potential scenarios in my head, over and over again, and talked with friends and family, but never really did anything.

I stopped working on Taskplane completely in August of 2022 and decided to let it rest a little bit, to see if I would get passionate about it again, or if killing it was the best option. I reached out for help in the Discord community regarding what I should do but didn't get any response there either.

Another thought that kept popping up in the back of my mind was "Why would anyone use Taskplane over already established products like Asana and Trello, or Linear and Height?". The fact is, it's very hard to motivate yourself to keep going with something when you know a competitor has a big team, capital, and a very long head start compared to yourself.

The reason I started building Taskplane was that I thought tools like Linear and Height were too different, too "hip", and too opinionated, and I wanted to build something that went back to the basics. At this time though, these competitors started to grow like never before, and that thought kept getting stronger and more frequent.

Killing your darling isn't an easy task. It's hard because you know you've spent so many hours building, talking to users, and marketing. It's also hard because you're aware of the monetary investments you've put into the project. The fact remains though, there's no reason to keep something around that you aren't passionate about.

With that said, this is the end for Taskplane. It's been a heck of a journey, and I've learned a whole bunch about building a product. I didn't leap into making it a business, but I still take away a lot from it all.

Taskplane will stay up until the end of this week (the 5th of February). After that, users who have access will get the possibility to export all their data to a JSON file. One week after that (the 12th of February) ALL data will be deleted from the Taskplane database, including all personal information.